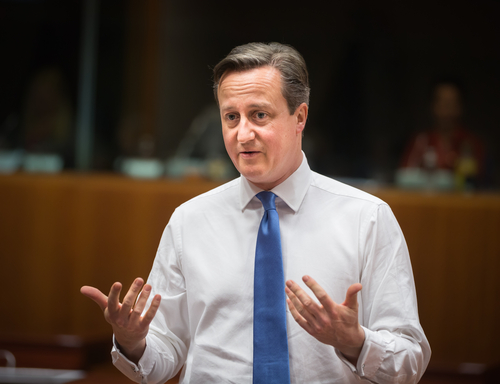 The results of today’s general election have put to rest two months of moronic banter which has done nothing but successfully uncover the deep-rooted abhorrence that is felt amongst the UK populous.

Reigning matriarch of the British Isles and long time Gin fanatic, Liz No.2, has bequeathed sovereignty to existing bastard of twisted paradigm, David Cameron, after the Tories won in a landslide today. The word landslide being used ironically of course as landslides are all we can expect now Cameron has free reign to go fracking as he chooses.

Mr. Cameron’s love for fracking, which he lists on his Curriculum Vitae under ‘Hobbies & Interests’, has not resulted in unrecognised irony when you look at the swarm of blue covering the UK today: 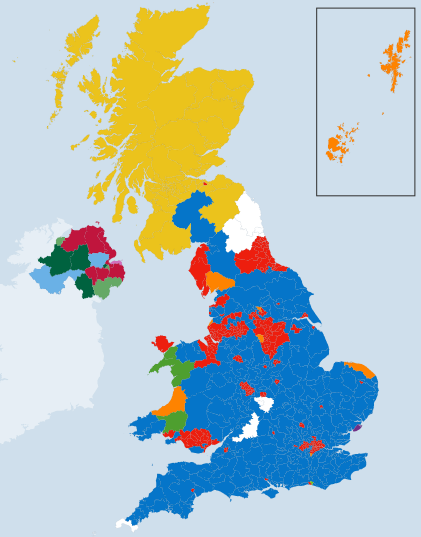 “I truly am delighted that I didn’t have to move my shit out of number 10 only to have the same delivery men return it straight back to number 10 the next day.” Said ruler of middle class people, Cameron.

“Though I am equally glad to have the delivery men available to freely move about my wife’s mountains of jewels and trinkets as surely they would no longer be in the country had UKIP received more than a meagre 4,000,000 votes.”

“Ultimately, I am thankful that fat white people, all over the UK, will be able to continue to receive all the tax breaks they deserve from a government that will put them first.”

“Right, I’m off to my local NHS hospital to ridicule the poor. Cheers fucktards!”