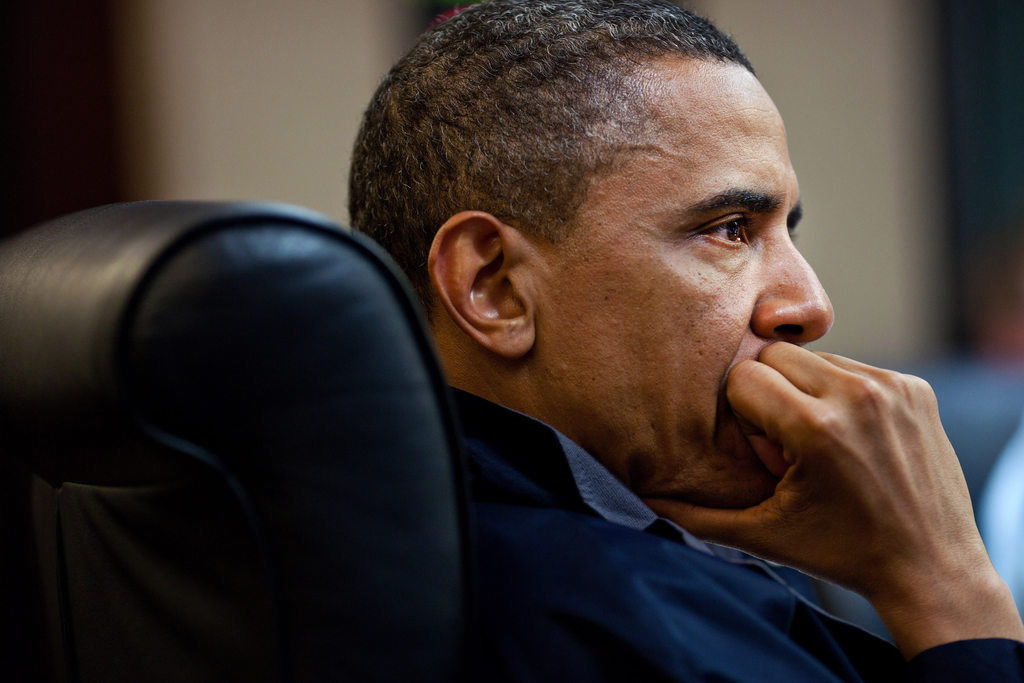 After having every serious idea for change blocked in congress by Republicans, US President Barack Obama has officially told them all to “sod off”. A source close to the president says Mr. Obama is “fed up” and “can’t be arsed with it anymore”.

The usually upbeat ragamuffin has been visibly down in recent weeks, with wife Michelle reportedly “not getting any lately” and having to “sort herself out”. He’s also been spending an increasing amount of time in his Abraham Lincoln pyjamas, eating ready meals in the Oval Office, and engaging in marathon sessions of Desperate Housewives. His closest aid has told Newspoof that high fives from the president are down 70%, fist bumps are down 60% and his signature ‘wink-and-the-gun’ is down a staggering 120% – its lowest level since June 2009.

These revelations come after the Republicans have repeatedly blocked bills put forward by the president: no matter how many lives they would save, children they would bring above the poverty line, or schools they would make safe. When asked for a definition of what ‘bipartisan’ meant, one Republican responded: “what we dictate, covered with a sh*tload of high-powered guns”.

UPDATE: Obama has also referred to the U.S. Senate as “shits” in a recent Twitter outburst.