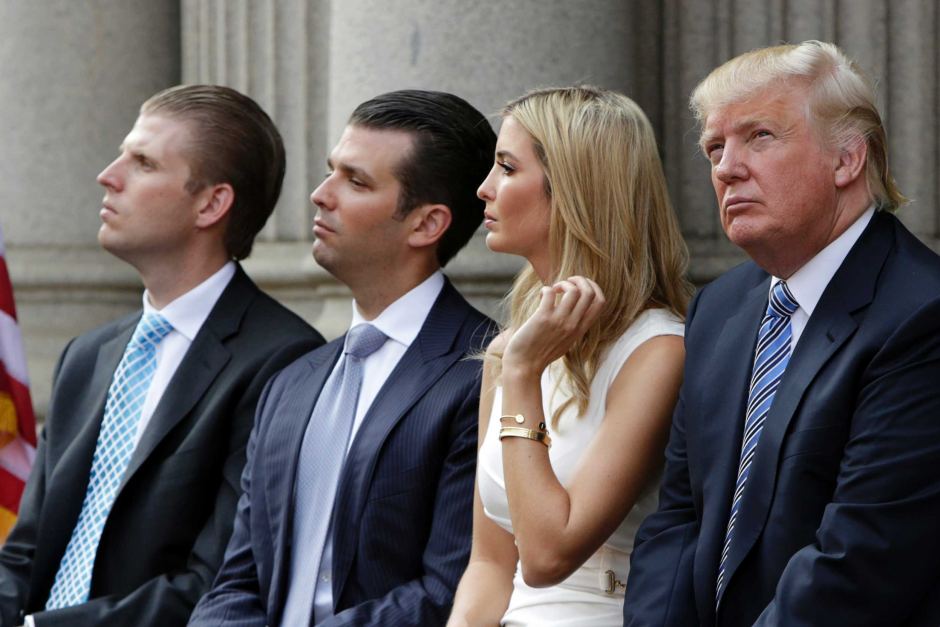 No longer can Donald Trump’s naming conventions for his seemingly never ending conveyor belt of offspring be allowed to flirt with the peripheries of subtlety and metaphor. Now that the Orange man is president, his next son must be named “Douchebag”, sources close to the White House have confirmed.

Trump has come close on previous occasions with names that resonate immensely as almost adjective like nouns. For those of you who don’t read right wing lifestyle abominations, those names are:

“Eric was the ‘toe in the water’, so to speak, initially setting the wheels in motion that would lead to a fourth Trump child eventually being named, ‘Douchebag’. Any reputable etymologist could have seen this coming.” Esteemed Etymologist, Virgil Potuschaser, said.

“Donald Jr.; a combination of unconstrained narcissism and laziness. A rule for the ages, as if it needed repeating, that you should give your children their own, unique name and not the name of the sloth like seed-bearer who happened to be present during conception.”

“But even that name is less douche like than, Barron. Oh the inflated sense of self worth and social ineptitude that he will force upon his peers through his adolescent years will be enough to make you forget that his old man is in the White House.”

“Douchebag Trump” is clearly an inevitable consequence of the brothers that have come before him. Our only hope now is that the #freemelania movement gains viable traction leaving Trump to live out the rest of his years in solitude with not a pussy to grab in sight.