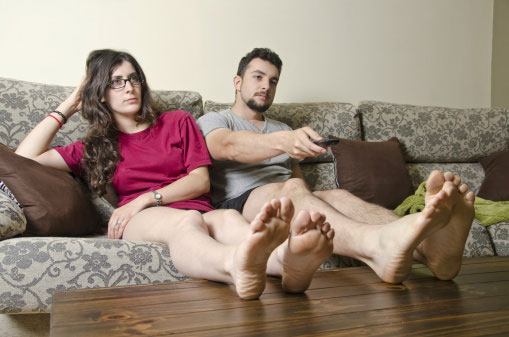 Amanda Taylor, girlfriend of two years to Scott Turner, was massively perplexed last night that Scott didn’t know key plot developments of a movie neither of them had seen before and were only five minutes into.

“There was this creepy guy at the start of the movie and it looked like he was making some kind of bomb. I just wanted to know what the hell was going on?!” Amanda said about having immediately turned to her boyfriend to ask what was unfolding on screen.

“We may have only been two minutes into the movie, but something just didn’t correlate to my very specific pre-expectations and I immediately started panicking.”

Boyfriend, Scott Turner, was less than impressed with what was transpiring.

“It’s remarkable how she seems to believe I have extra sensory time perception when it comes to movies neither of us have seen before.” Scott said.

“I’ve tried explaining that the premise of the majority of movies is to give pieces of information to the audience over a period of about 2 hours, and that if she quit asking f***ing questions, then she might soon understand what’s happening on screen.”

“I’ve been wanting to watch Inception again for so long. But there’s no way it’s worth it.”