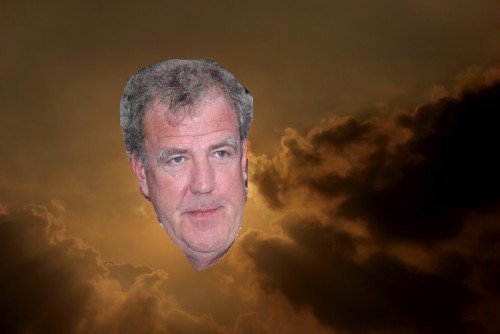 Jeremy Clarkson’s unjustifiably overinflated ego has been spewing a putrid racist smog which has caused the vast majority of the UK to miss out on the rare solar eclipse phenomenon this morning.

The unique and wondrous marvel of the solar eclipse, which gives all people an opportunity to reflect on the beauty of our solar system and the relative insignificance of human presence on this planet, was overshadowed by an egotistical bigot’s love of himself and the plumes of smog from the unnecessarily powerful cars he endorses.

“Who gives a shit about a solar eclipse when the lease is soon up on my 6 Series Gran Coupe and I have no idea what car I am going to get for the next 6 months.”

“Not only am I lost without Clarkson’s car recommendations, but without his weekly racist comments in the presence of white middle class people, how am I supposed to know what is acceptable ‘banter’ with the ethnic minorities at the office?”

It is reported by the National Weather Authority that Clarkson’s recent rant against the BBC at a charity dinner for rich white folk, supposedly focused on helping disadvantaged youths, caused the fatal blend of hypocritically ironic smog which blocked the eclipse.

Everyone knows that Clarkson believes disadvantaged youths should be locked up without remorse.