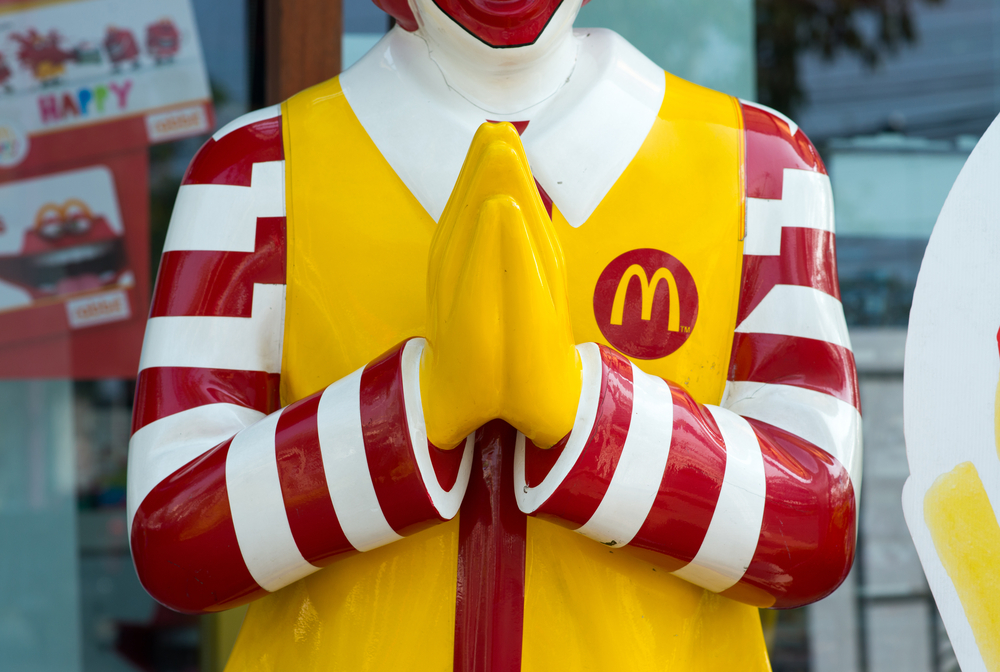 A new study from the Office of Federal Understanding & Capitalist Kinship (O.F.U.C.K) has concluded that women should play advertisements against their tummies during pregnancy as it is very ‘soothing’ for the baby.

“We tested the effects of playing advertising messages over a number of years on both mother and baby and the results were comprehensively positive for the babies who got the adverts.” Said a scientist with one of those beards that is really thin and just goes round the edge of his face.

“In the case of the babies who weren’t exposed to adverts, they would kick more during pregnancy, cry during birth and generally be overtly responsive and require frequent demonstrations of external stimuli during early infant years.”

“For the babies exposed to adverts, all they needed was the sweet smell of a McDonalds Happy Meal™ and they would have this amazing lifeless expression on their face; the kind of expression that baby Jesus had in the stories of the Bible.”

The babies were exposed to adverts from a number of cracking brands, from McDonalds and Subway through to Westfield and Apple.

“We strongly recommend that all expecting mothers embrace these findings. Imagine how your child might be tormented at school if you don’t expose them to the very latest and greatest brands at a young age.”

“In my opinion, that is a crime punishable by imprisonment. At very least.”