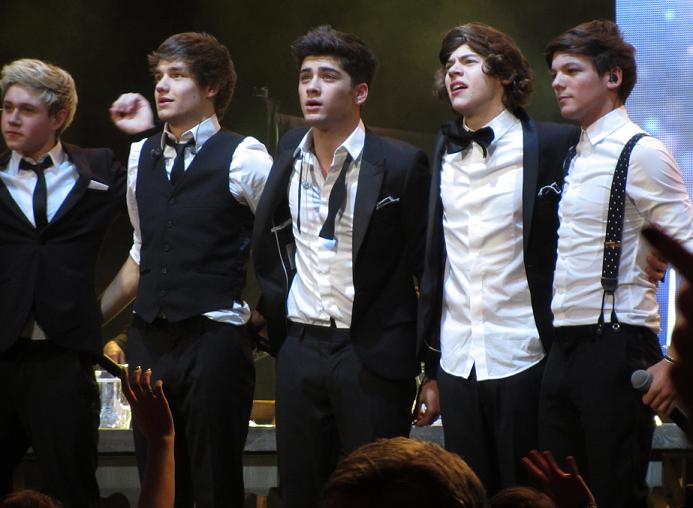 IS have entered five of their youngest members into the 2015 X Factor, with rumours suggesting that if they don’t make Louis Walsh’s limp old Irish dick strain under a perverted bout of rigor mortis, they will blow themselves up live on stage.

IS have released a video showing the quintuplet performing in a derelict Syrian bank, much to the joy of the IS overseers who command their every move.

“You will notice many correlations between the setup we have here with the boys and that of Simon Cowell and English infidel band, One Direction.” Exults IS Sargent, Alhed Ul Baqh.

“We know that One Direction frequently perform private shows for that closet homosexual in his mansion and we reckon our boys are even better. So much so, that we have decided to call our lads, ‘One Islamic Nation’.”

Mr. Ul Baqh has high hopes for the boys chances in 2015, but no matter the outcome, feels confident in the foray being a positive move for IS.

“Look at how they gyrate their hips, much like Western bastard child, Justin Bieber.”

“They’re born to be X Factor superstars. Either that, or they were born to demolish themselves in-front of millions of X Factor viewers from all over the world.”

“In either case, it is another win for IS.”