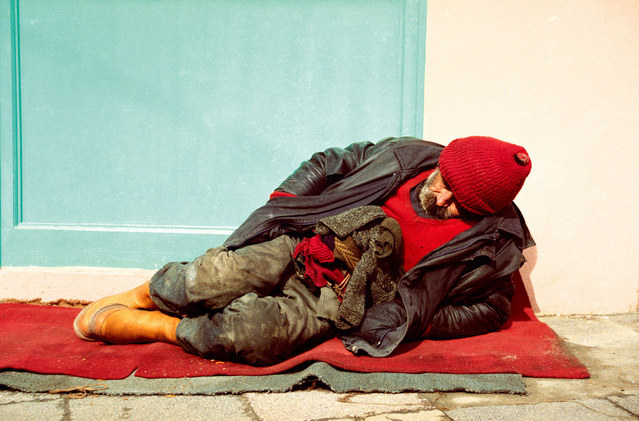 Whilst making his way to the barbers, local man Robert Gardener today resorted to offering a homeless person a look of fake and exaggerated sympathy in lieu of the cash he kindly requested.

“I just didn’t have enough time to think it through. I turned the corner and he was sat just there, cap in hand, asking if I could spare some change.” Mr. Gardener told Newspoof after we caught up with him this afternoon.

“Luckily, for both the homeless man and for my own sanity, I did manage to muster a look of histrionic guilt to send his way, which, I think in the end was actually worth more than the currency he originally wanted.”

Gardener, a 31 year old hedge fund manager, mentioned that he had contemplated giving cash to the man, but faced both physical and mental obstacles in doing so.

“Well I bought these new jeans yesterday and the pockets are really tight so getting in and out of the pockets is a little difficult. Also, about 6 years ago I offered a homeless person half of my Tuna and Cucumber panini from Starbucks and they looked at me in disgust. So that did factor into my decision.”

“Anyway, any feelings of guilt I may have had have been well and truly quelled now. I started following the Shelter charity on Instagram today and also shared a post I saw about homeless people apparently being real people too. So no bad karma for me!”