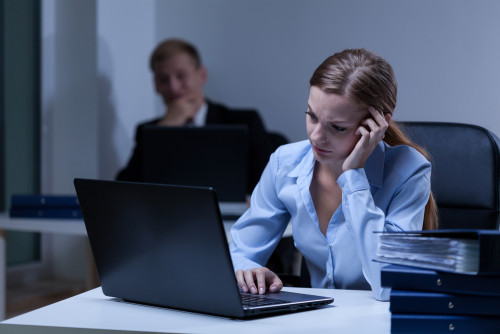 A British woman sadly died today after making a fatally pointless scroll down her Facebook news feed. Early toxicology reports indicate that a combination of sheer boredom and self loathing ultimately contributed to her demise.

Sally Tinglegooch from Peterborough had reportedly taken the day off from work after feeling slightly unwell, only to be presented with the paradoxical conundrum of having to choose between yet another scroll through her Facebook wall or 6 uninterrupted hours of Jeremy Kyle.

Ms. Tinglegooch selected the former which ensured the fatal dose of irony was added to her sick day and she passed away at her laptop.

“Sally was a fantastic employee and it truly is a dark day for Platinum Industries Inc. that she has passed.” Commented Sally’s boss, Rick Goldheinfuhrer.

“Social Media, Facebook, when will the world realise that all this nonsense is causing so much unnecessary heartache. Why can’t we just get back to the good old days where men worked down mines and women got to stay at home all day?”

“If only she hadn’t called in sick. I am always telling my staff that sick days can have these types of dire repercussions.”