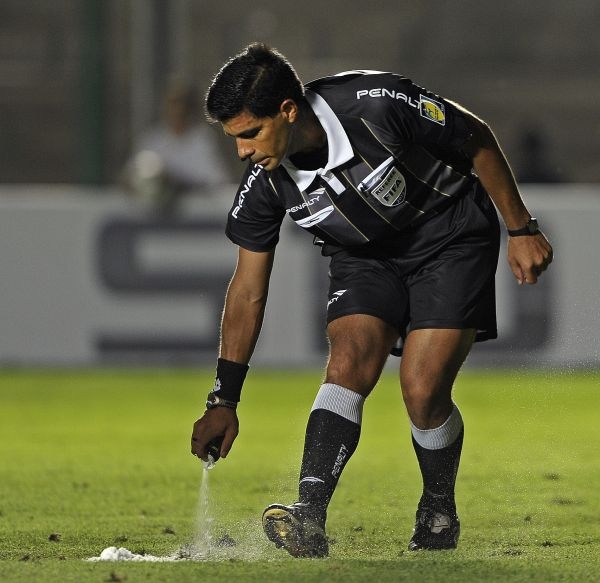 The Premier League’s decision to use vanishing spray this season was influenced primarily by how ‘cool’ everyone thought it was at the World Cup.

The Premier League has this season introduced the vanishing spray that was so popular at the World Cup, because it oozed enough global coolness for it to be considered to be fast-tracked.

“Similar to how mall cops take pepper spray out of their holsters. And everyone knows mall cops have been cool since that Paul Blart movie.”

After a gleaming report from English referee Howard Webb, at the World Cup, the Premier League actioned a team to find out what the spray was and how to get it into the Premier League. They used the services of Edinson Navar, a Brazilian broker;

“I have helped the Premier League ensure they have a seasons supply of the spray for 2014/15.” Navar said. “I had to ask them though why they hadn’t decided to use it before? We’ve used it in Brazil since the offside rule was introduced.”

“They just said that they weren’t really big football fans, but apparently Rihanna tweeted about it during a match and since then, they have been desperate to introduce it to the English game.”

“After they left with the shipment, I saw a few of the Premier League execs laughing, joking and spraying it on each other. I am not sure if they actually know what it is meant to be used for.”

“No – I still haven’t been paid for my services.”