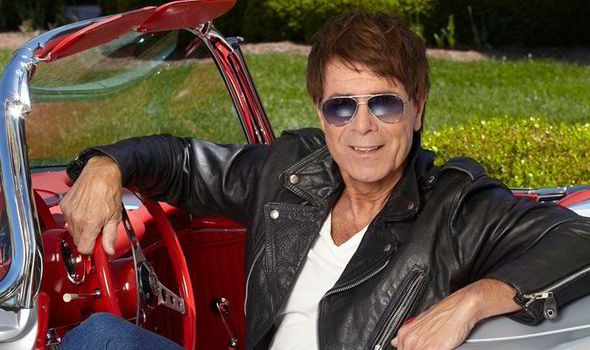 Overnight rumours have surfaced that geriatric bible enthusiast Cliff Richard actually hates tennis because of a harrowing experience he had as a child.

Sources tell Newspoof that as a 5-year-old, Cliff was perusing a local sports store when a bucket of over 1000 tennis balls tipped off a shelf and landed on his head. Although suffering only minor injuries, the experience left Cliff unable to look at a tennis ball or tennis paraphernalia ever again.

It’s been alleged that throughout the decades he’s been attending matches at Wimbledon, Mr Richard has never actually watched a game, instead focusing his gaze firmly on the ball boys dotted around the courts.

When asked for comment, angry Scot and ginger fanatic Andy Murray said Cliff repeatedly “blanked” him if he was signing oversized tennis balls for fans too young to have realised he’s an arse. Posh failure Tim Henman added that Cliff “had always been jumpy” when he walked past carrying his racket bag, following one of his many losses on centre court after selfishly getting the nation’s hopes up.

Reports come after police raided Mr Richard’s home in Berkshire this week. Although Cliff was away on a “summer holiday”, he will return to face questioning “in a week or two”.

Newspoof will keep you up to date with events as this story unfolds.