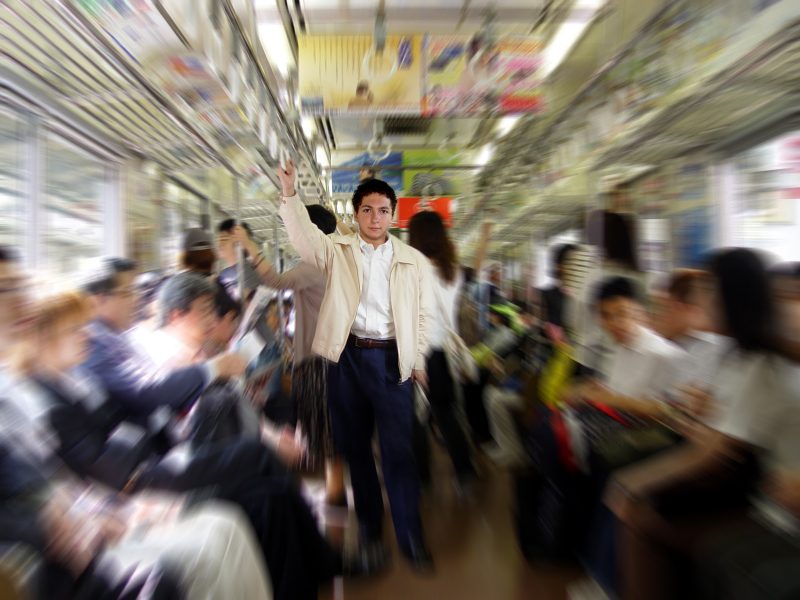 An unemployed man living in London has taken to riding the underground during busy commuter hours, just to feel the warmth of other human beings. Our reporters have confirmed.

John Killaminty from Turnham Green has been living in the city for a number of years now, but after the breakdown of his marriage, he has been left feeling rather alienated from human affection.

“The ex won’t let me see the kids and I haven’t had much luck on the 21st century dating scene.” Commented Killaminty. “What the f**k is Grinder by the way…?”

“So, I lost my job a while back and after many months of going without seeing other people, I figured why not go where the people already are?”

John began riding the tube during commuter hours and claims to have met a whole bunch of like minded and unemployed people who have the same crave for human proximity.

“There is a whole community of us out there. I tell you, you cannot beat the overwhelming euphoria or being bundled against huge numbers of fellow Londoners in tightly confined moving spaces. A guy even sneezed on me yesterday. It really is a magical experience.”

“Yeah I’d say that almost half of commuters are just there for the journey and have no actual workplace to go to at the other end.”